Adding Guests using the Graphs ending up as Members

The invite process is fully done through the Microsoft Graph. Adding the guest is done through the Graph as well. Turns out that we added the user by issuing a Post to the [groups endpoint]. The only thing we did wrong was adding it as a User Object instead of a Directory Object. So, the body of our request was as follows:

The request does return a 204 no content indicating that all did work. It also adds the user to the team and the user has access, however in the front-end the users are indicated as a member while they should be a guest. Once we changed that to the correct format using the directory object it all went as expected:

Using the Directory Object, the newly invited users are added as a Guest and no longer are shown as Members. It felt a bit weird that we did not get an exception. And everything worked except for a label in the front-end (as far as we could figure out). But then again it makes sense to stick to the documentation and implement it correctly. So, my lesson learned is paying proper attention to the documentation. Double checking the execution and results of Graph requests sounds like my new best practice. 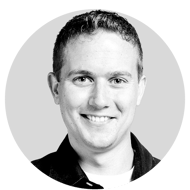